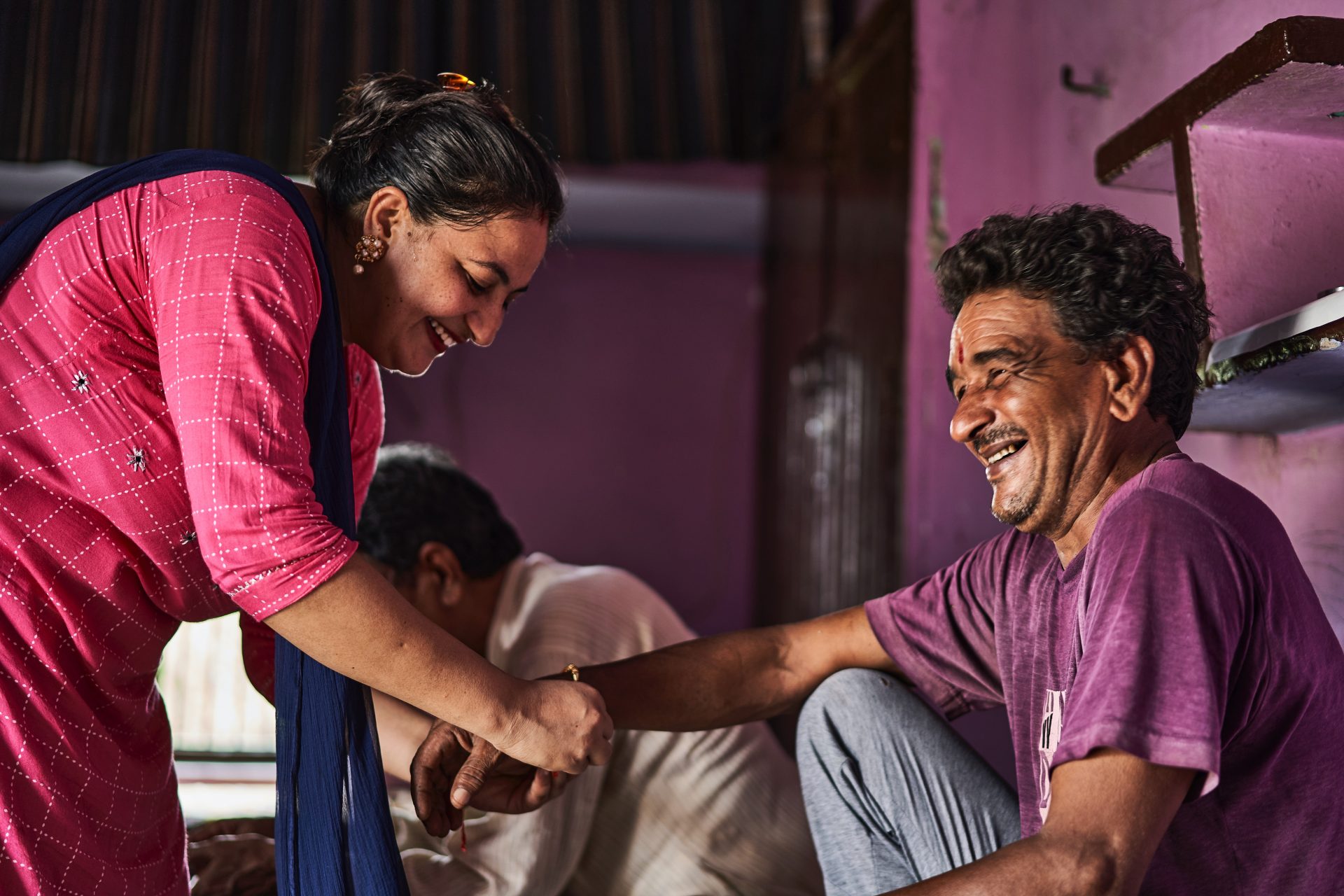 Indians celebrate Raksha Bandhan, a day when sisters tie rakhi on their brothers’ hands and make a lifelong commitment to look out for one another. Rakhi can be purchased locally or online in India, but no one ignores this holiday. Raksha Bandhan is known as “Raksha ka vada,” both in real life and in the movies and music based on it.

We encounter numerous folks on the life-long roller coaster. Some we despise, while others move our emotions. Then some irritate us, yet we can’t figure out why we adore them so much. Yes, the sibling relationship is what we’re referring to. Accept it, and no relationship is more precious and unique than a sibling relationship. The link between a brother and a sister is special and unbreakable, even if you sometimes annoy and despise each other.

The enormous screen has helped somewhere transmit the festive spirit to everyone. People felt a connection to their scenes or songs, which helped them to grasp the relationship between a brother and a sister more clearly. Bollywood produced several Raksha Bandhan Hindi songs, but just a few of them stand out and are the most well-known rakhi songs in India. These songs have an emotional impact on moving anyone. Brothers and sisters look for a special Rakhi gift with the help of online gift delivery portals to give each other. As a result, we have been working on compiling some Bollywood gems to make your efforts easier and the other person feel a connection to you. Here, we’ve included some awesome playlists of Hindi songs for Rakhi.

This Year, These Raksha Bandhan Songs Will Make Your Day Extra Special

‘Bhaiya mere rakhi ke Bandhan ko nibhana, bhaiya mere.’ Can you feel the music? We all continue to. Lata Mangeshkar Ji performed this lovely tune once more under the direction of L.V. Prasad. This song is a timeless classic from the 1959 film Choti Behan and the best Rakhi gift for sister. The adage “old is gold” is validated by this song.

There aren’t many songs from the most recent era. One is Behna O Behna from the 1991 Amitabh Bachchan and Jaya Prada film Aaj Ka Arjun. This lovely song was performed by Mohammad Aziz and Kavita Krishnamurthy. It featured the lyrics “behna o behna Mera Hi Nahi Re,” “Yeh Toh Hain Sab Ka Kahana,” and “Meri Behana Jaisi Na Hogi.”

The nightingale of India, Lata Mangeshkar, provided this lovely melody for the film Be-Imaan in 1972. One of the most well-known rakhi songs is this one. “Ye rakhi Bandhan hai aisa,” “jaisa Chanda aur Kiran ka,” “Jaise Badri aur Pawan ka,” and “jaise dharti aur Gagan ka” are the lyrics. Another captivating tune by the king of melody.

In 1974, Suman Kalyanpura sang a super-popular rakhi song for the Dharmendra-starring film Resham Ki Dori. It was so expertly filmed by the director Atma Ram that the song’s words and visual appeal were both calming. Behna ne bhai ki kalai pe Pyaar bandha hai, Pyaar ke do taar se sansaar bandha hai are some of the lyrics to this catchy song. Both the young and the old still love this song.

With the help of the director Ram Maheshwari, Asha Bhosle mesmerized the public in 1965 with this stunning composition for the film Kaajal. mere anmol ratan, tere badle me zamane ki koi cheez na lu, Mere bhaiya mere Chanda, are the lyrics. It has such a lovely message, and Asha Bhosle is the queen of providing the finest, as we all know.